Virginia Union University has announced that Anthony Anderson, the star and executive producer of ABC’s multi-award nominated sitcom “black-ish,” will deliver the 122nd commencement address on May 8, 2021 at 10:00 a.m. The ceremony will be held virtually on VUU Facebook and on YouTube VUU TV.  Click here to read the full press release.

Following this Commencement Ceremony, the VUU community is invited invite to join our LIVE Virtual Celebrations. The Virtual Celebrations will be hosted by the Deans of the respective school, and the events will feature addresses by leaders of the schools and special guests as well as recognition of certain student recipients. Family and friends of graduates are encouraged to attend. Please follow the links at the appropriate times on May 8 to join! 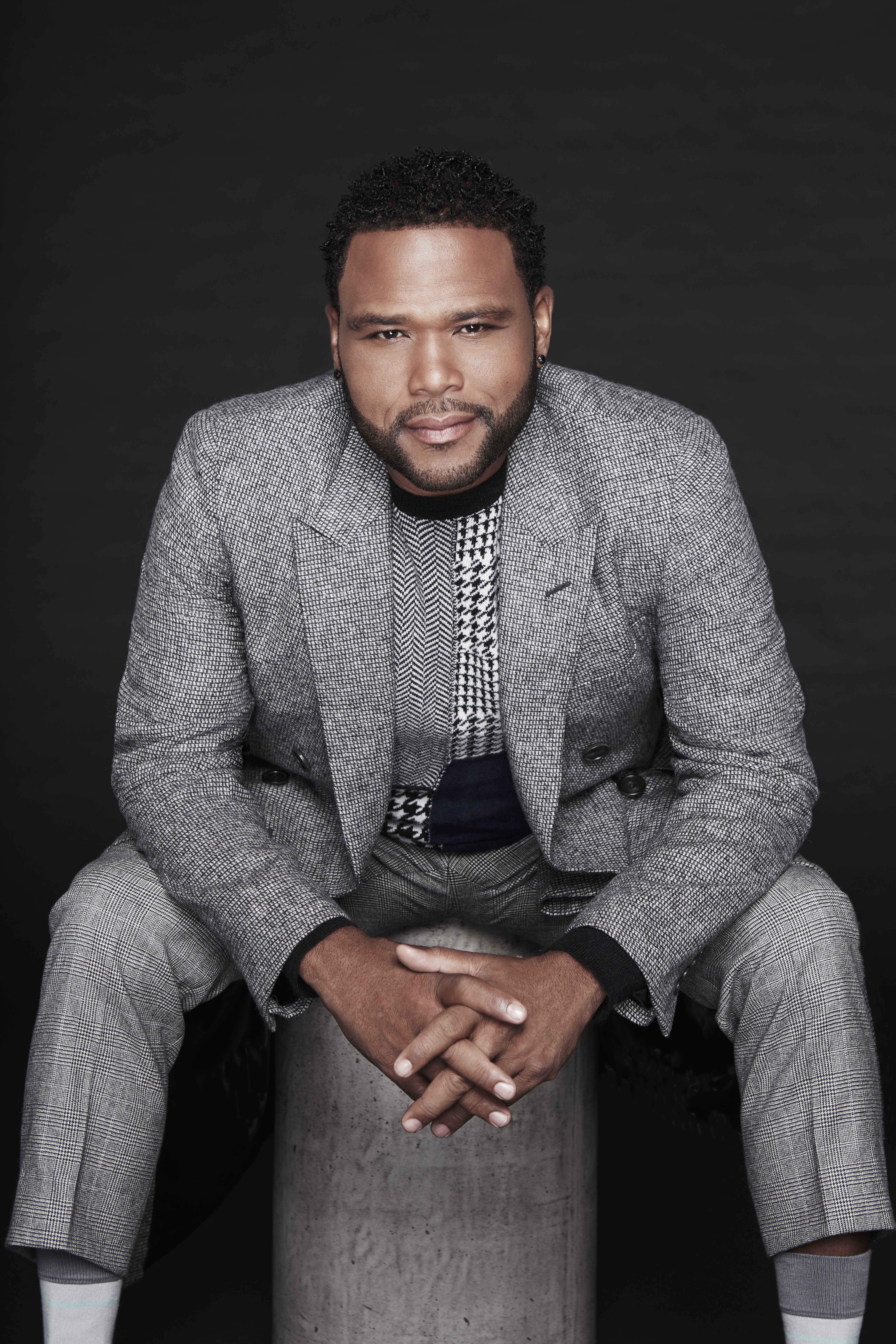 Actor, Producer, and Philanthropist Anthony Anderson’s performances on television and in movies has earned him Emmy and golden globe award nominations. After attending Howard University on a Drama and Performance Arts scholarship, he made his mark in Hollywood.

Anderson is a benevolent humanitarian, hosting an annual celebrity golf tournament. The event raises funds to support causes like diabetes awareness and the Boys & Girls Club of America. His generosity spreads to his hometown of Compton, California where supports the youth and hosts holiday food giveaways. 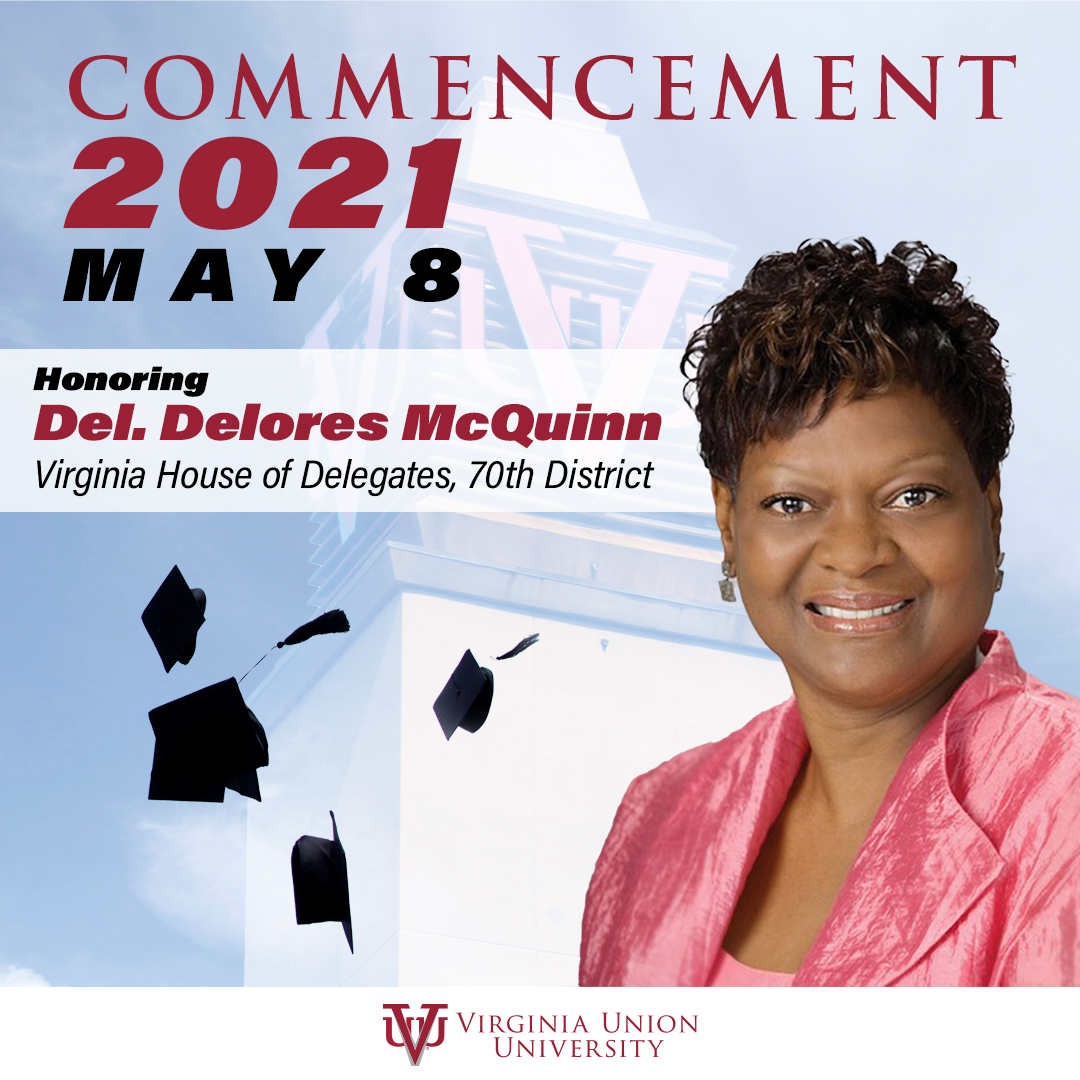 Virginia Delegate Delores McQuinn was elected to the General Assembly in 2009. She has tirelessly worked to improve public education, to care for the elderly and less fortunate, and to make our communities a safer place to live. She championed legislation which gives local governments the freedom to decide how to deal with Confederate Statues. She sponsored the “CROWN Act” legislation which prohibits discrimination based on hair types and hair styles. And, she supported the Historic Justice agenda, which led to a $25 million investment to help transform and preserve historical sites, including VUU’s birthplace, the Lumpkin’s Jail site, and the Richmond Slave Trail.

A breast cancer survivor, McQuinn is a staunch advocate for cancer screenings and has introduced legislation to bring awareness to early detection. 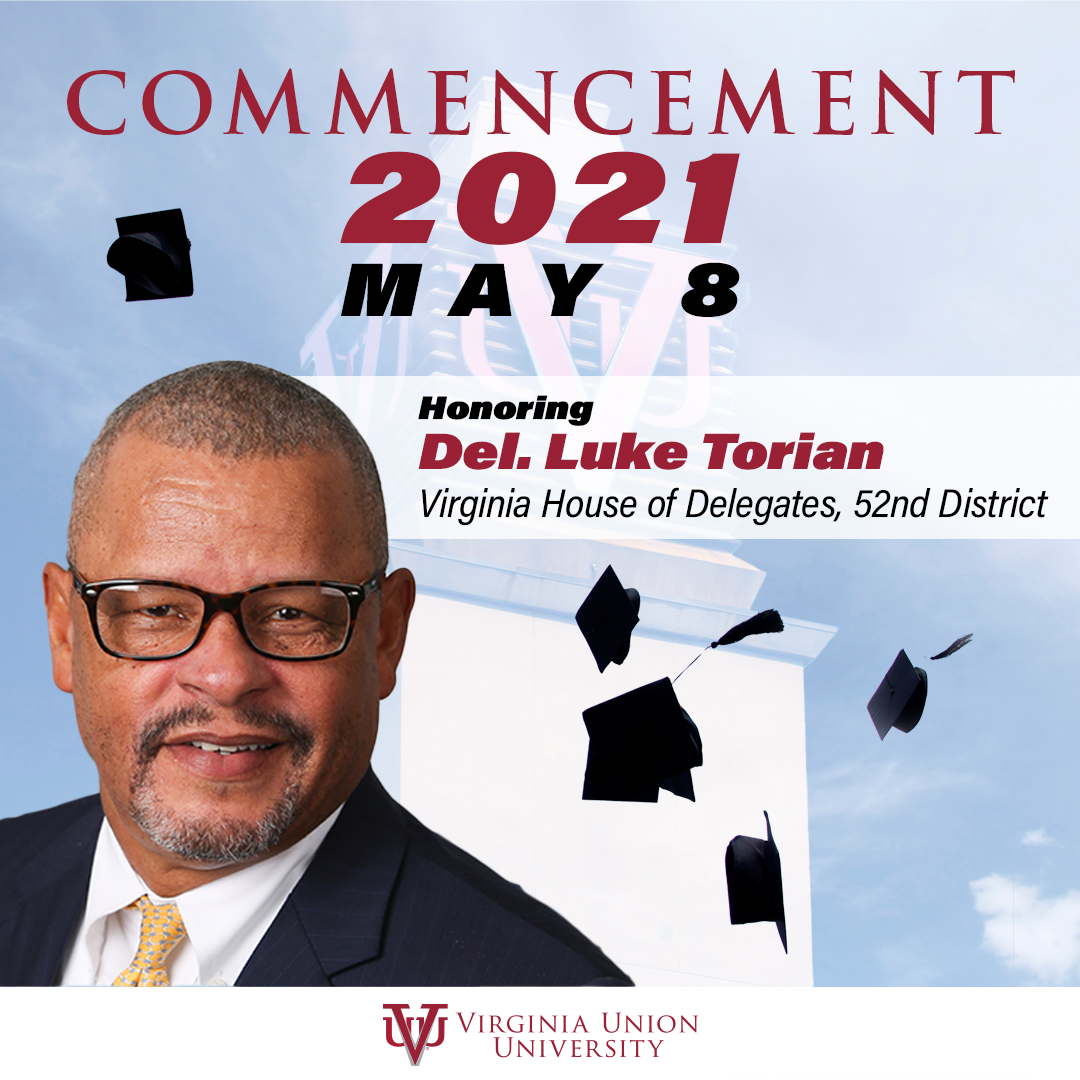 Virginia Delegate Luke E. Torian is a proud graduate of VUU’s Samuel DeWitt Proctor School of Theology. He was elected to the General Assembly in 2009. And, in 2020, he made history when he became the first African American to chair the powerful, budget-wielding House Appropriations Committee. Delegate Torian has successfully passed over 40 bills and resolutions including legislation improving education, housing, and criminal justice policies.

Torian has also spent 35-years in ministry. He is the Pastor of First Mount Zion Baptist Church in Dumfries, Virginia where he has grown the congregation from 650 to over 4300 members. 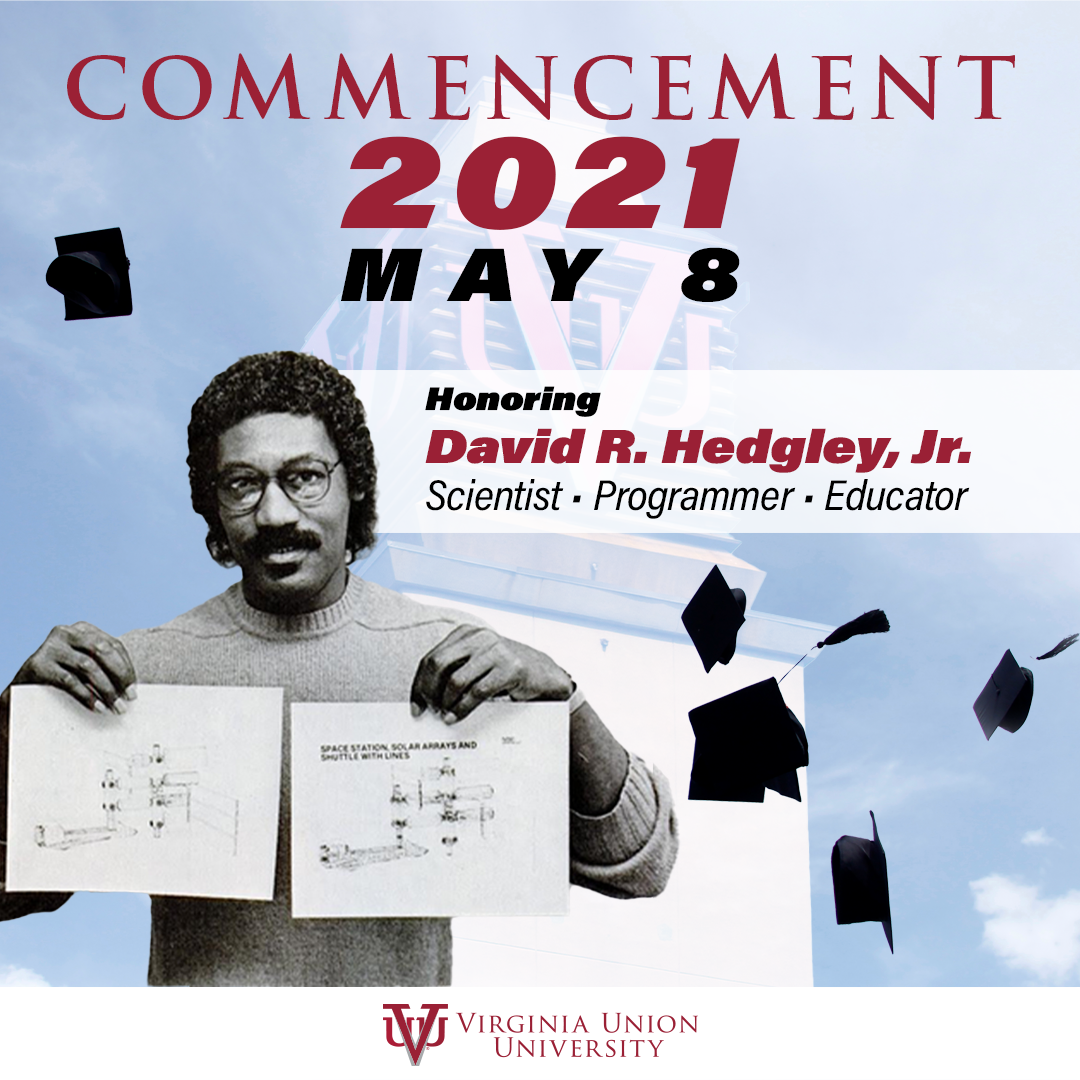 Dr. David R. Hedgley, Jr., graduate of VUU’s Class of 1958 with a degree in biology, is internationally recognized as the “Father of 3-D graphics”. His mathematical research and discovery changed the face of computers and computer graphics forever. While working as a research scientist at NASA, he developed what’s known as “Hedgley’s Algorithm.”  A way for computers to draw an unrestricted number of three-dimensional creations. It led to groundbreaking gaming graphics, enhanced film quality and superior computer imagery. He would then go on to make another groundbreaking discovery. Creating an unusually complex algorithm to route traces on a printed circuit board. A formula so complex, new symbols were invented to help explain it. 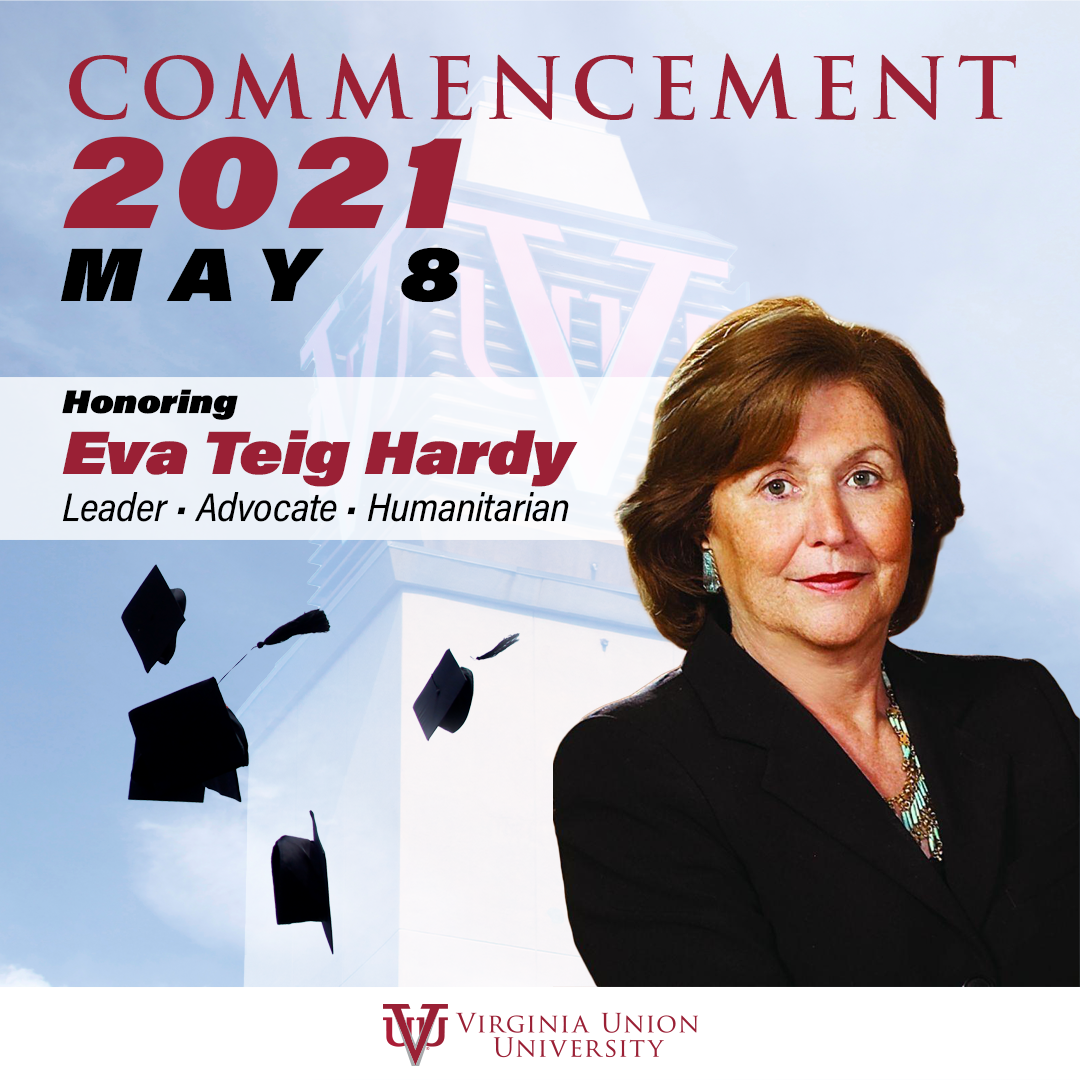 Eva Teig Hardy has left an indelible mark on government and corporate administration. She has been an advisor to Senators Mark Warner and Tim Kaine, and former Virginia Governor Terry McAuliffe. She was appointed to serve as Virginia Secretary of Health and Human Services by former Governor Gerald Baliles where she oversaw 17 state agencies including medicaid, social services, and mental health. As secretary, Hardy established one of the first confidential AIDS testing and counseling programs in the country and managed Virginia’s largest ever community mental health initiative. She was later selected by President Bill Clinton to travel with him for the Peace treaty signing between the nations of Israel and Jordan. Ms. Hardy eventually accepted a role with Virginia Power and then Dominion Energy. She retired after 20 years as Executive Vice President of Public Policy and Communications for nine states where Dominion Energy had assets.