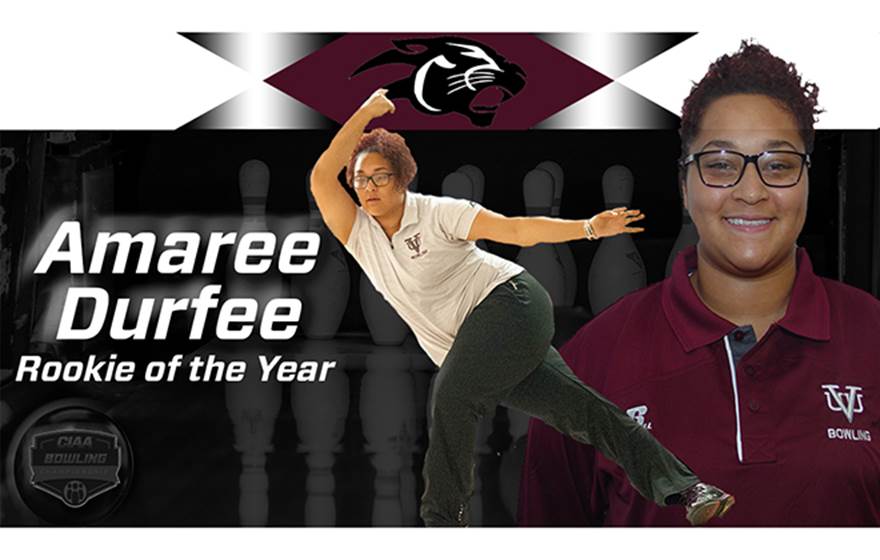 Virginia Union University's Amaree Durfee has been named the CIAA Bowling Rookie of the Year while the team captured the award for the Highest Team GPA, the CIAA announced on Friday, March 23.

Durfee, a freshman from Sacramento, Cal., ranks atop her freshman peers to earn CIAA Rookie of the Year. In 40 CIAA bowling contests, she recorded an average 168.83 pins per game for a total of 6,753 pins dropped on the season. Durfee's performance on the season ranks her No. 7 among all CIAA bowling student-athletes.

Durfee was also named to the All-CIAA Team for her performance this past season.

As a team, the Lady Panthers secured the 2018 CIAA Bowling Highest GPA Award. Collectively, the team recorded a 3.5 grade point average, proving their dedication to academics in addition to their athletic efforts.