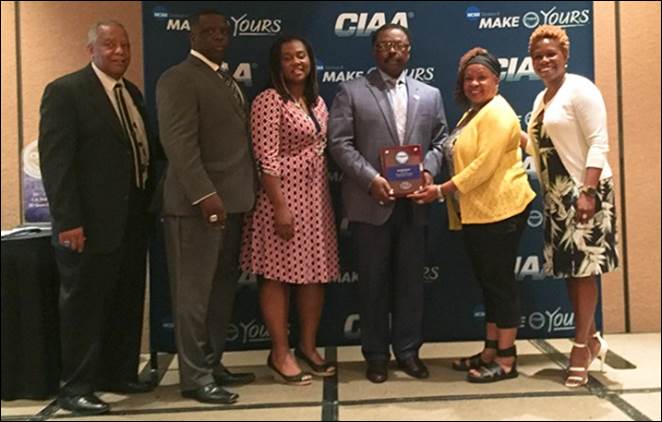 Under Coach Taylor's guidance, the Panthers swept the CIAA Basketball Tournament, claiming both the men's and women's conference titles.

The VUU men's golf team captured second place in the CIAA Tournament and advanced to the NCAA Atlantic Region Tournament for the first time in program history.

For the second time in his tenure, the Panthers hosted the NCAA Division II Atlantic Region Women's Basketball Tournament at Barco-Stevens Hall on campus.

In the 2017-18 season, the Panthers earned a Coach of the Year honors with AnnMarie Gilbert (Women's Basketball) and four Highest Team GPA Awards with its women's outdoor track and field, women's cross country, bowling, and women's basketball programs.

Coach Taylor is the Chair of the Men's Golf Championship Committee and played a role in securing partnerships with the Richmond area to host the annual event.

"This is a very humbling experience," Taylor said.  "It's more of a testament of the people you're surrounded by, because you do nothing by yourself."

Coach Taylor is in his third year as Athletic Director at Virginia Union.