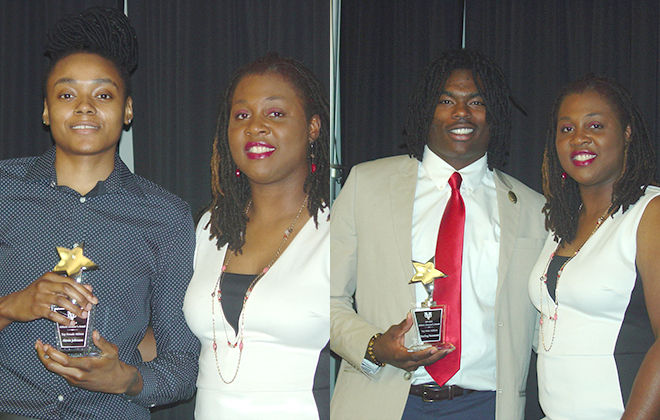 Hammond, a sophomore on the VUU Football Team, was the Richmond Touchdown Club Defensive Back of the Year and the CIAA Defensive Player of the Year.

All sports at VUU were represented, with five awards being given from each program's head coach.

VUU alumnus and former NFL Player Pete Hunter was the guest speaker for the event.