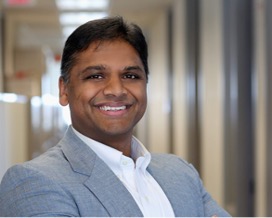 The Richmond and Henrico Health Districts care for our surrounding communities by serving as a conduit to healthcare resources of various kinds. Recently, as a response to the COVID-19 pandemic, RHHD has gone the extra mile to provide COVID resources, expanding access to at-home COVID tests and making information readily available and easily accessible to our communities. 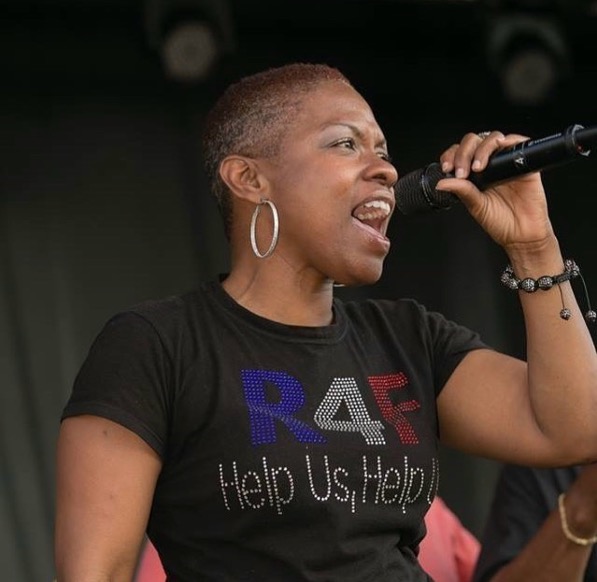 As a response to voter participation uncertainty fueled by the COVID-19 pandemic and national threats of newly emerging voter suppression tactics, a group of non-profits with a shared common mission of political outreach and engagement came together in early 2020 to form Operation Stamp The Vote. Spearheaded by the vision of friends Clovia Lawrence and Sandra Antoine, Operation Stamp The Vote aims to put in place a mechanism whereby voters have an opportunity to not only participate in the voting process, but to “safely vote” by taking advantage of the Absentee/Early voting option.

To date, this initiative continues to be a resource of non-partisan collaborative support for the purpose of educating and empowering voters, as well as encouraging a “beyond the vote” approach to ensure citizen political engagement and accountability 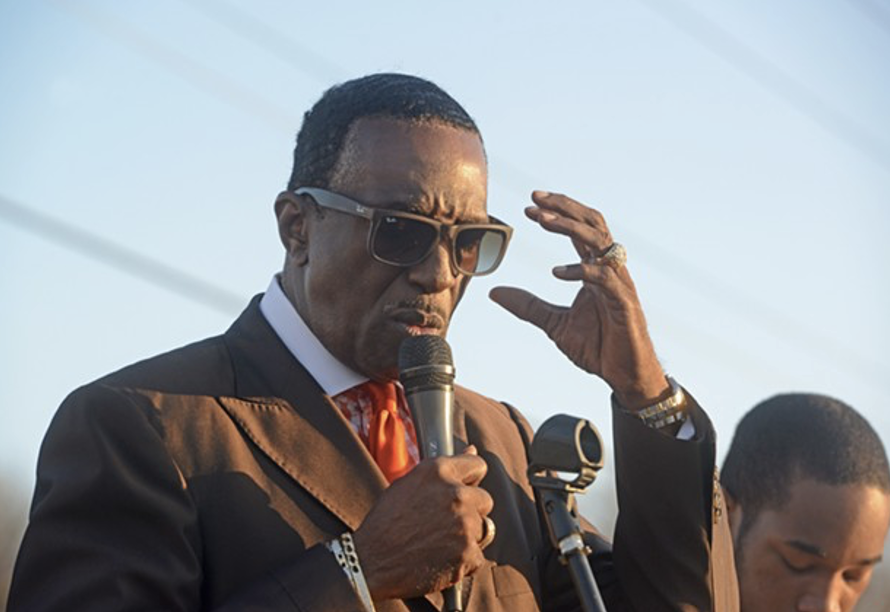 Concerned about the rising homicide rates in Richmond, Reverend Robert Winfree –pastor at New Life Deliverance Tabernacle—drew upon his years as a conflict resolution mediator and opened his church to the community to discuss solutions to stem the violence. In 2016, Reverend Winfree launched a city-wide violence prevention and conflict resolution workshop, one of the first of its kind at that time. New Life Deliverance Tabernacle has actively encouraged voter participation by providing transportation to the polls for the community and has been a long-time supporter of students in Hillside Court—providing summer school and afterschool programming. Celebrating their 25th Anniversary this year, New Life Deliverance Tabernacle recently adopted the Belt Atlantic community—formerly known as Midlothian Village--where they are providing ministry, academic tutorials and hot meals for families twice a week. 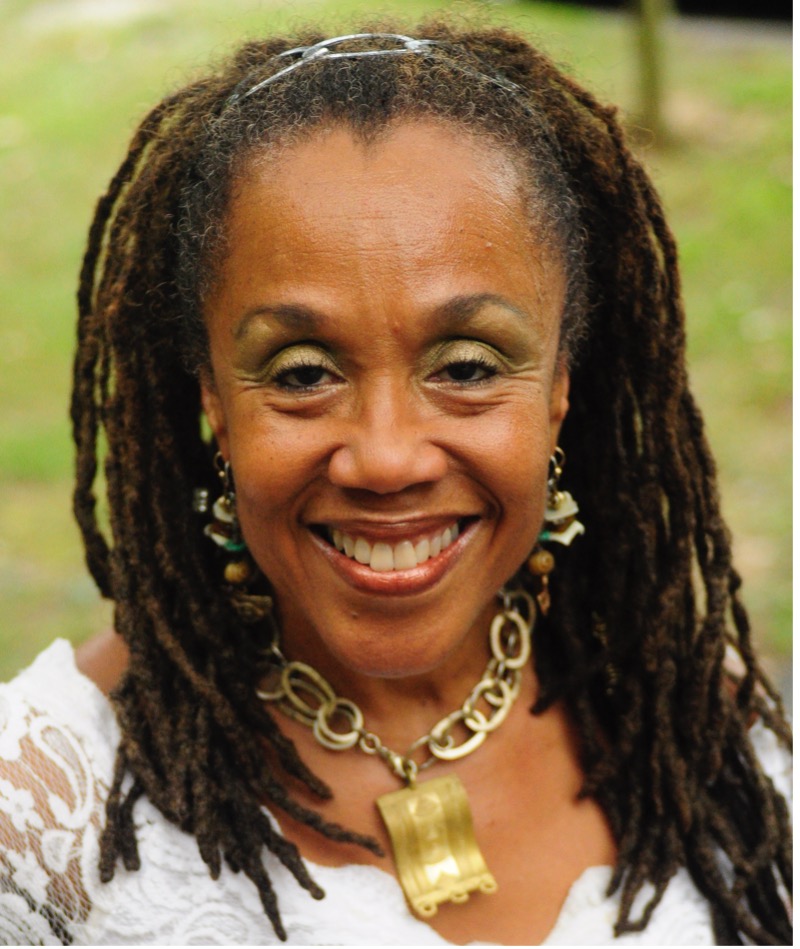 Janine Bell is the President and Artistic Director of Elegba Folklore Society. Distinguished by the City of Richmond as Richmond’s Cultural Ambassador and 2019’s Richmond History Maker, Bell, through Elegba, builds bridges across communities by celebrating African and African American culture “promoting an understanding of the present by valuing the past.” The Elegba Folklore Society has educated and served Richmond’s communities for over 30 years, holding popular events such as the Capital City Kwanzaa Festival and Juneteenth, a Freedom Celebration.

An Achievable Dream Inc. (AAD), located in the Richmond and Hampton Roads areas, is a nonprofit organization that partners with public school districts to co-operate schools in primarily underserved communities, providing additional resources to level the playing field for students. With a mission to develop independent, productive citizens through a social, academic and moral education, AAD’s vision is to bring equity to education by providing opportunities for success in school and life.

Ujima Legacy Fund is a giving circle for civic-minded African American men, designed to increase philanthropic efforts in the Metro Richmond area. Inspired by conversations in a barbershop and the example of a postal worker-turned philanthropist, Ujima, Swahili for “collective work and responsibility” was founded in 2013 by Reggie Gordon, Damon Jiggetts and Robert Dortch. Over the years, Ujima’s membership as well as its community impact has expanded. Since its beginnings, Ujima Legacy Fund has awarded more than $388,000 to 18 nonprofits that empower youth through educational programs. 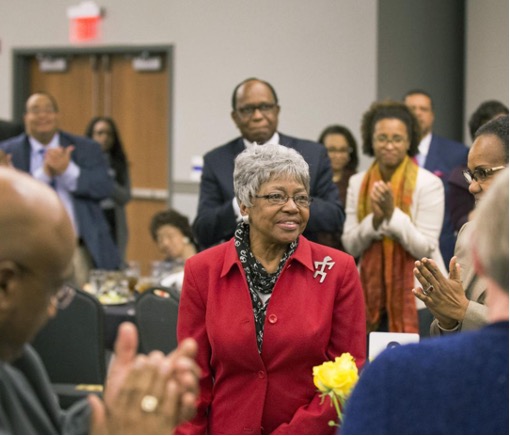 The Honorable Willie J. Dell is Richmond’s first elected African American councilwoman and a member of Richmond’s first Black majority city council. A native of Rocky Mount, North Carolina, and 60 plus year resident of Richmond, Dell received her B.S. degree from St. Augustine’s College in Raleigh, N.C. and her master's in social work from Richmond Professional Institute (RPI) now known as Virginia Commonwealth University (VCU). During her professional career, she served as a social worker for the Medical College of Virginia, the Richmond Public Health Department and the Richmond Social Services Bureau.

Dell began her political career in the early 1970’s during a monumental time in Richmond politics – Richmond was undergoing re-examination of the ballot box process used to create new districts after the U.S. Supreme Court ruled that the annexation of parts of Chesterfield County was racially motivated. In 1973, Dell was appointed to Richmond City Council, serving constituents in the Northside 8th district. While serving on the city council, Dell advocated for equal opportunity rights for Richmond’s Black citizens through the Richmond Crusade for Voters. Additionally, she has represented the Presbyterian Church on both the local and General Assembly levels and served as a member of the Racial Ethnic Ministry Unit, the Committee on Women of Color and the Council on Higher Education for Minorities.

With decades of service to the Richmond community, Dell has advocated for Richmond’s elderly population as Executive Director of the Richmond Community Senior Center. Currently, she is the Resource Advisor for St. Joseph's Orphanage for Boys in Port au Prince, Haiti where she also serves as a health clinic volunteer for citizens of Haiti.

Dell is married to Rev. Nathan Dell and they have one son Dr. Wayne A. Jones, who has taught at Christopher Newport University, Richard Bland College and Virginia State University.

This event will air on WTVR - CBS 6 in Richmond and CW 27 in Hampton Roads at 9 a.m. ET. For additional information, contact Felicia Cosby, Director of Government and Community Relations, FDCosby@vuu.edu.

Virginia Union University is a premier liberal arts urban institution of higher education and center of excellence for the preparation of students and the development of leaders for tomorrow’s world. It was founded in 1865 to give newly emancipated slaves an opportunity for education and advancement. Virginia Union University offers a broad range of educational opportunities that advance liberal arts education, teaching, research, science, technology, continuing education, civic engagement, and international experiences. Visit www.vuu.edu for more information.