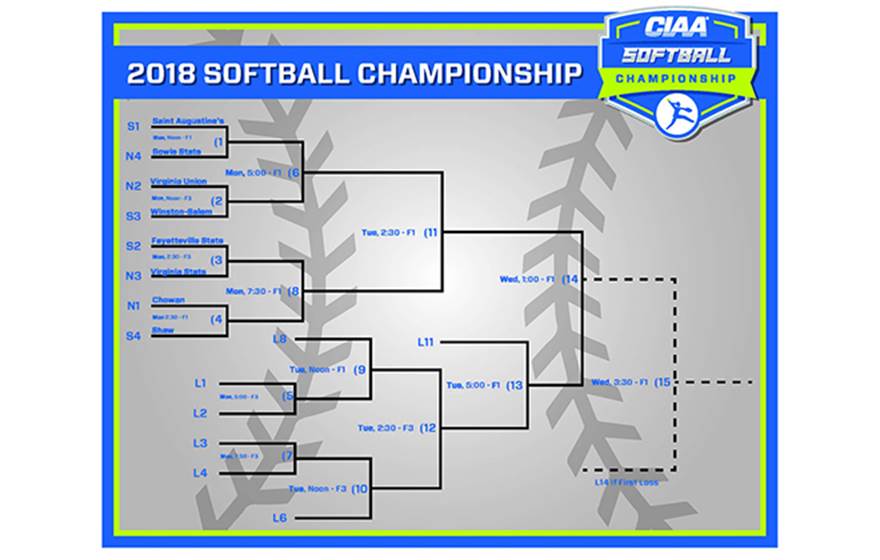 Virginia Union will enter the Softball Tournament as the #2 seed in the Northern Division of the CIAA and will face the #3 seed in the south, Winston-Salem State University, at 12:00 p.m. on Monday, April 30.

The defending Champion Hawks of Chowan enter this year's tournament No. 1 of the Northern Division after marking a perfect 10-0 season in the division (16-0 conference, 27-14 overall). In the first round of the tournament, the Hawks will meet the South's No. 4 Bears of Shaw University. Earning a championship appearance for the first time since 2011, the Bears enter the post-season 4-6 in the division and 8-8 in CIAA play (10-18 overall).

Championship finals will be played on Wednesday, May 2nd at 3:30 p.m. at Moyer Park. If a tiebreaker situation exists the ultimate elimination game will begin 30 minutes following the tie.