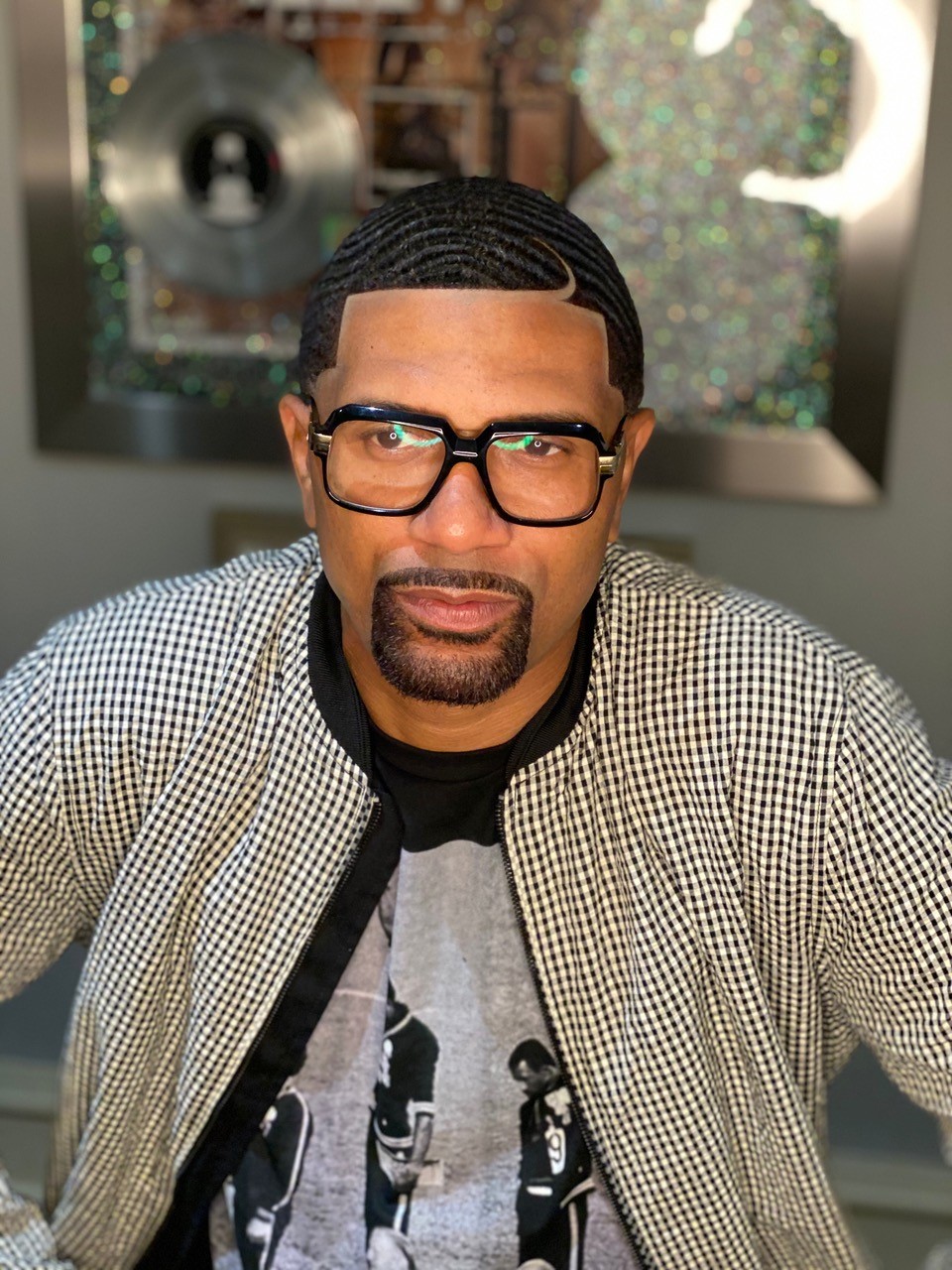 JALEN ROSE — Current ABC/ESPN analyst and former 13-year NBA star Jalen Rose is one of the few professional athletes to maintain a high profile post retirement. Long known for his post-game quotes and great relationship with the media, Jalen continues to show his versatility in the broadcast booth, in the entertainment world and as a philanthropist.

Jalen was born and raised in Detroit, Michigan, where he attended Southwestern High School and the University of Michigan. In college he was part of the legendary “Fab Five” where he and his teammates revolutionized the sport of basketball on the court and off by wearing baggy uniform shorts, black socks and black shoes. The first team in Final Four history to ever start five freshmen, they led the Wolverines to back to back NCAA Championship game appearances. In 1994, Jalen was drafted in the first round by the Denver Nuggets. Notable highlights from his thirteen-year NBA career include winning the NBA’s “Most Improved Player” and “Player of the Week” awards in 2000 and “Eastern Conference Player of the Week” accolades in 2005. As a member of the Indiana Pacers, his team appeared in three straight eastern conference finals including a trip to the NBA Finals in 2000. In 2003, he was honored with the Professional Basketball Writers Association Magic Johnson Award. Jalen was inducted into the Detroit High School Hall of Fame in 2013 and Michigan Basketball Hall of Fame in 2017.

While many basketball stars make the transition to the small screen after they hang up their basketball kicks, Jalen made the bold leap in the midst of his NBA career in 2002, becoming a multi-faceted reporter for BET Mad Sports and an on-air personality for Fox Sports Net’s famed Best Damn Sports Show Period. Working with the Best Damn Sports Show Period for six years, the budding broadcast star developed his own lifestyle-oriented “Jammin’ With Jalen” segment. Shortly after retiring from basketball in 2007, Jalen – a mass communications major at U of M who ultimately earned his Bachelor of Science from the University of Maryland University College – went full throttle pursuing his passion in the multi-media, sports and entertainment world, signing with ABC/ESPN as an analyst. Covering a wide range of current events in the landscape of sports, he’s appeared on the many of the network’s flagship shows.

In 2012, Jalen was named a studio analyst for NBA Countdown – ABC and ESPN’s pre-game show.  It’s highlighted by a lively roundtable discussion and debate of the top storylines around the league. Seats at the table are reserved for folks in ESPN’s stable of NBA hosts and analysts, with the latter group imparting wisdom based on their many years of playing experience.

On September 28, 2015, ESPN Radio launched Jalen & Jacoby, a primetime national weekday program co-hosted by Rose and ESPN senior producer/commentator David Jacoby. Jalen & Jacoby, which features Rose and Jacoby breaking down the latest news in sports and pop culture, began as a passion project of the same name in 2011 and was promoted to a full show due to its popularity. On January 28, 2016, Jalen & Jacoby added a TV version of their show on ESPN2 which is comprised of segments from the radio show. Their chemistry, catchphrases and devoted following has led them to have the most downloaded sports podcast (per episode) as well as the most watched sport podcast on the internet.  With continued success,  Jalen & Jacoby transitioned from ESPN2 to ESPN in May 2020!

Recognized as one of the most knowledgeable and hardest working analysts in the business, Jalen was added to a third ESPN show when Get Up! premiered on April 2, 2018.  Get Up! is an American morning sports talk television show on ESPN hosted by Mike Greenberg alongside a panel of rotating sports analysts. The program features news, opinion and analysis from the hosts and guests and airs live weekdays from 8am-10am ET.

In 2015, The Hollywood Reporter named Jalen the most influential media voice in the NBA with the title of “The Smartest Specialist” and Jalen was also voted the #2 most-liked basketball personality in an online poll: http://hoopshype.com/2015/06/08/bill-simmons-is-the-top-nba-tv-personality-according-to-hoopshype-readers/.

Jalen released his first book in October 2015. One of the most outspoken and original voices in sports sounds off while revealing his incredible life story in Got to Give the People What They Want. This colorful collection of stories and opinions about basketball and life gives people the kind of insight and understanding they don’t get anywhere else in the sports world. GTGTPWTW is a New York Times Bestseller and made the list of Michigan Notable Books in 2016.

The Detroit News recognized Jalen with the prestigious Michiganian of the Year Award in recognition of his excellence, courage and philanthropy to uplift not only the metropolitan area but all of Michigan. In 2016, he was awarded the 11th Annual National Civil Rights Museum Sports Legacy Award for his significant contributions to civil and human rights, and for laying the foundation for future leaders through his career in sports in the spirit of Dr. King. In addition, the Naismith Memorial Basketball Hall of Fame awarded Jalen with the 2016 Mannie Jackson – Basketball’s Human Spirit Award. This prestigious honor is only awarded to those with this highest level of dedication to making a positive impact off the court.

In 2017, Jalen starred in a single-cam pilot episode from writer-creator Nahnatchka Khan (Fresh Off the Boat) that aired on ESPN.  Jalen vs. Everybody also starred Anna Maria Horsford, Marla Gibbs, Kelly Jenrette, Laysla de Oliveira, Jessica McKenna and Rich Sommer. It followed the former NBA star and current radio/TV personality Rose as he juggled his career responsibilities with the challenges of being a single dad.

A familiar face to the big screen, Jalen has also appeared on Fresh Off The Boat and The Game, as well as made cameos in The Cookout 2, Just Wright and Barbershop.

On May 24, 2018, Jalen received the Team ESPN Commentator of the Year award for using his voice, leadership position and volunteer efforts to provide a positive impact in the community!

In 2000, Jalen established the Jalen Rose Foundation/Charitable Fund to create life-changing opportunities for underserved youth through the development of unique programs and the distribution of grants to qualified nonprofit organizations. Grants focus on education and sports and are distributed in Jalen’s hometown of Detroit as well as other communities in need.

Jalen’s most substantial outreach initiative to date is the establishment of the Jalen Rose Leadership Academy (JRLA). The Academy opened its doors in September 2011 and is an open enrollment, tuition free, public charter high school on the Northwest side of Detroit. The Academy currently serves over 400 ninth through twelfth grade students and graduated its inaugural class in June 2015 – one hundred percent of the Academy’s graduates have gained college, trade/technical school or military acceptance. The mission is to empower all scholars to develop the strength of character, skills, and knowledge needed to matriculate into, be great in, and graduate from college so that they have opportunities to be successful in the competitive world and to take care of themselves and the people that they love. Not only is Jalen the founder, he also serves as the President of the Board of Directors.  On September 11, 2019, Jalen was presented with the inaugural Charter School Trailblazer Award from the National Alliance for Public Charter Schools for his accomplishments spearheading the movement to provide families and students with access to high-quality public school opportunities.  More info: http://www.JRLADetroit.com.

A philanthropist who truly gives from the heart, Jalen has personally donated nearly $2 million via his charitable fund and to support his charter school in his hometown.

A true play-maker on the court while charming and fashionable off the court, Jalen has been recognized for his style on numerous occasions including being voted one of the NBA’s best dressed players. Jalen has proved to be more than just a professional athlete making him an all-around superstar on and off the hardwood. This mogul will always be known as “The Natural.”

DID YOU KNOW? In the season finale at Cleveland on 4/18/01, Jalen registered a Pacers’ NBA single game record and career-high with 20 assists; in that game, he also scored 22 points becoming the first player in franchise history to record 20+ points and 20+ assists in the same game. The only players at least 6’8” who scored 20 points while dishing 20 assists in a game:
Magic Johnson – 13 times
Jalen Rose – 1 time
Wilt Chamberlain – 1 time